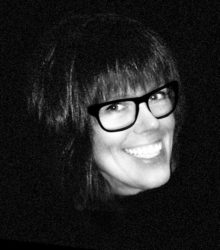 Being raised in a family of artists Jeanne began her career as an illustrator/cartoonist. Along her artistic path she led the design department at the University of Alaska where she taught magazine design. At the Ordway Center for the Performing Arts in Saint Paul, Minnesota she was the creative director/designer for eighteen years before retiring to become a fulltime painter.

Jeanne has been honored with artist-in-residences in France; Colorado; Arkansas; Minnesota; Wisconsin; California. She recently attended the International Urban Sketchers Symposium in Portugal. Next fall Jeanne will be the artist-in-residence in Juneau, Alaska.

Jeanne’s exhibit will be in the Gallery at Gloria Dei in January and February 2019.  Potential plans for workshops with the artist are underway.

← Prayers of the People, Fourth Sunday of Advent, December 23, 2018 Greetings from President of Agustinian Lutheran Church of Guatemala →